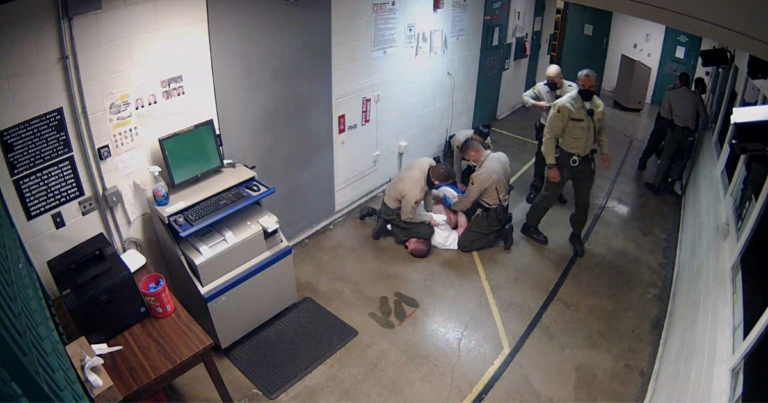 Los Angeles County sheriff’s officials attempted to cover up an incident in which a deputy knelt on the head of a handcuffed inmate for three minutes because they feared the “negative light” it could shed on the department, according to internal records reviewed by The Times.

Department officials were worried about the optics of the kneeling, “given its nature and its similarities to widely publicized George Floyd use of force,” a commander who was critical of the coverup wrote in an internal force review.

Those officials decided not to pursue criminal charges against the inmate, who had punched the deputy in the face, to avoid drawing attention to the incident, according to the report by the commander, Allen Castellano.

The March 2021 incident came at a time of intense scrutiny of the agency over allegations of controversial shootings, gang-like groups of deputies controlling stations, and resistance to oversight from Sheriff Alex Villanueva.

Less than two months earlier, the California attorney general had announced an investigation into whether the deputies routinely violate people’s constitutional rights.

A Sheriff’s Department spokesperson said Villanueva found out about the incident in October and immediately ordered a criminal investigation into the deputy, who was relieved of duty.

But Eli Vera, a commander who oversees court services where the incident occurred, said Villanueva viewed the video at an aide’s desk within days of the incident